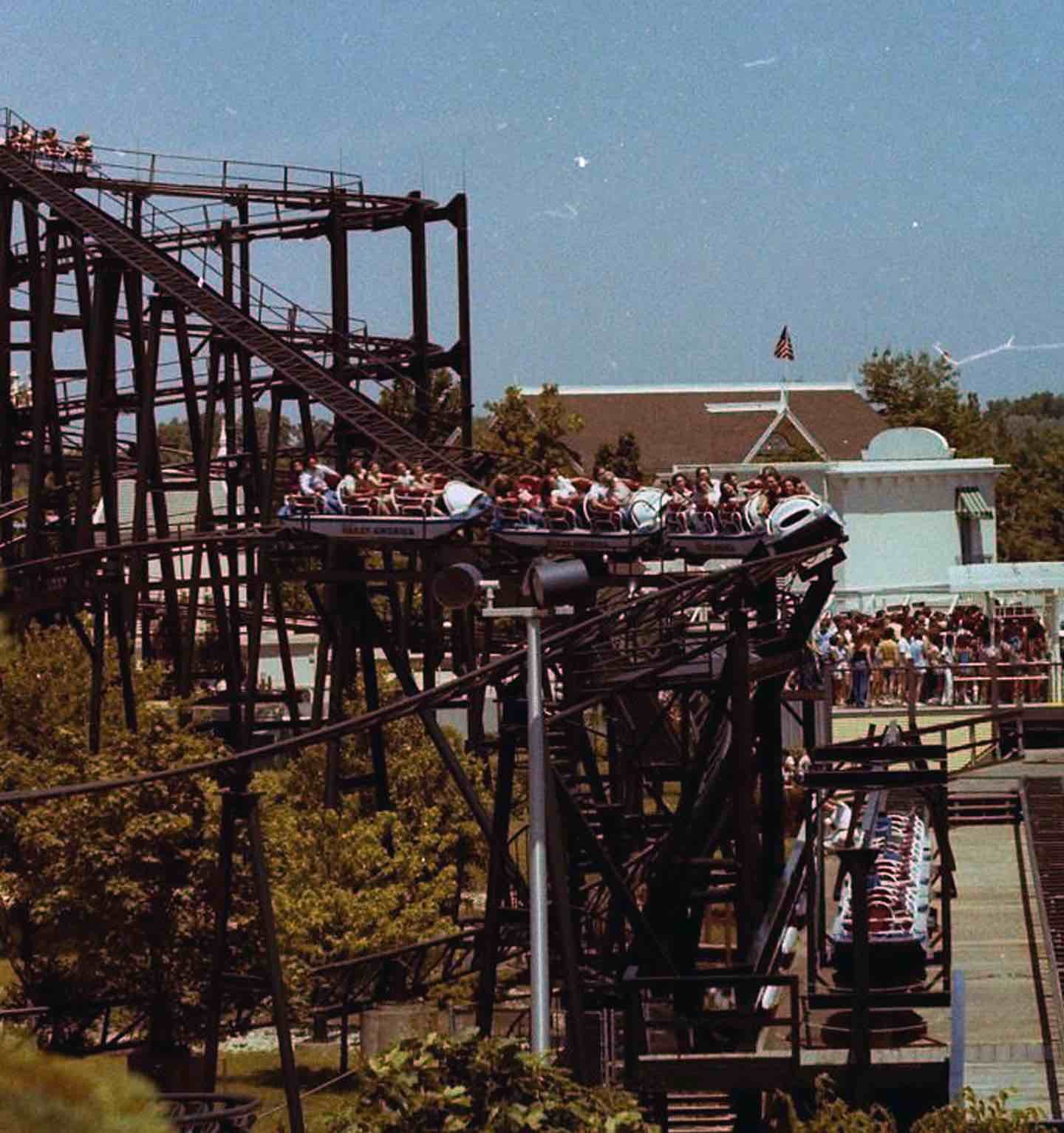 The Whizzer has a lot of historic recognition. This classic family-friendly coaster opened with the park’s premiere in 1976. Since then, it has become a guest favorite for all ages. As an ACE Coaster Landmark, The Whizzer is honored it for its unique history and exceptional preservation. It was one of the last “Speedracer” coaster models ever built.

You’ll load two-by-two into the train car and prepare for a classic steel adventure. An electric motor begins pushing your car to the top of a 70-foot spiral lift hill. At the top of the peak, the train disengages from the electric rail and gravity takes over, pushing your car around 3,100 feet of twists, turns, and drops at 45 miles per hour. You’ll cruise through a scenic wooded area, hugging the track as you fly inches away from the foliage and pond on the ground. You’ll whiz through a few more spirals, zip around steep curved turns, and dash down more dips before gravity returns you to the station.