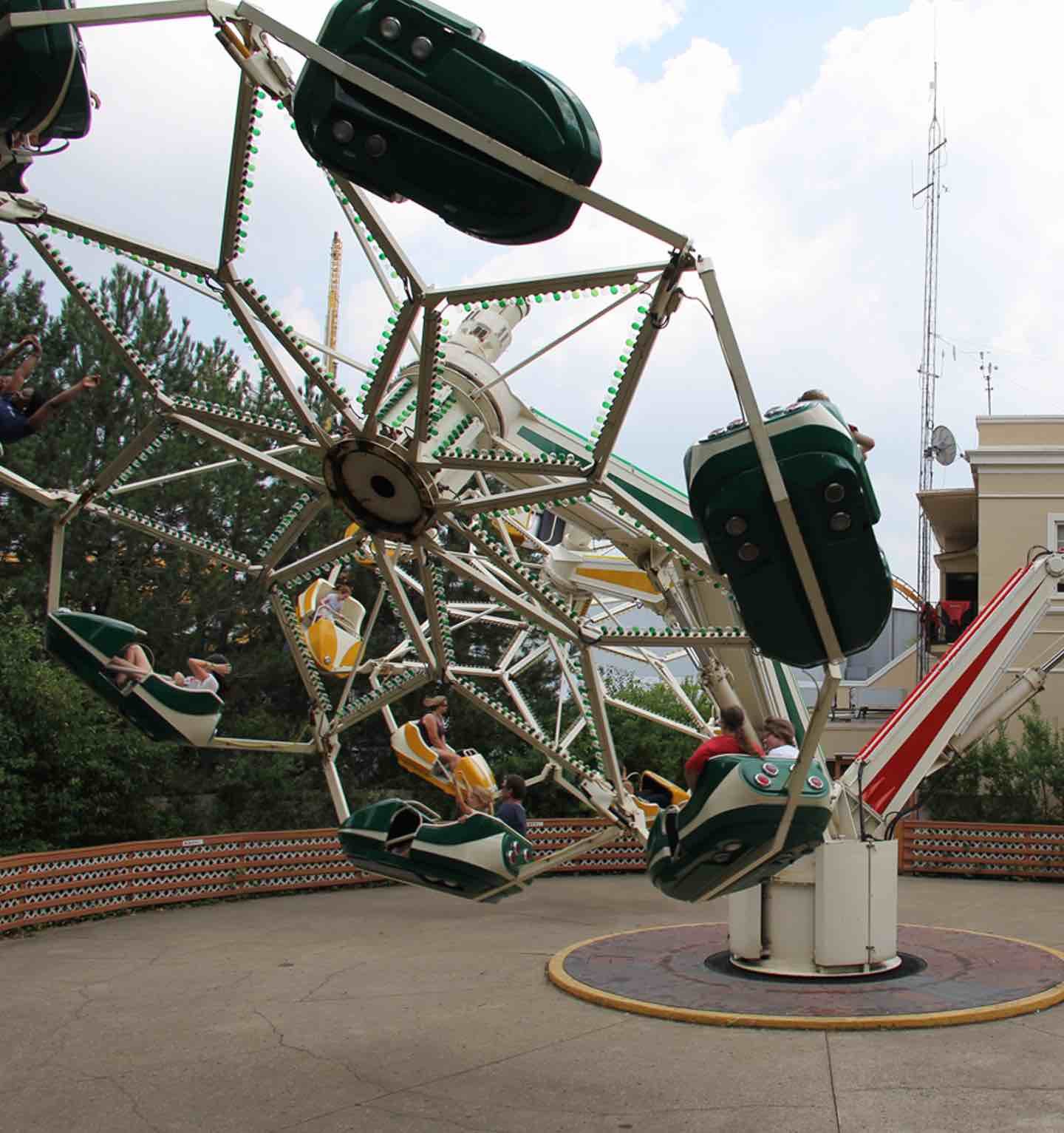 With a name like Triple Play, you know you’re in for a threefold of fun. On this spinning machine, three giant arms will rotate you in different directions, increasing speed and elevation. You’ll load into one of 21 cars, held powerfully by the three revolving arms on a rotating star-shaped frame. As the ride begins, your car will begin spinning wildly around in circles. As speed increases, all 21 cars turn in different directions, so it’s hard to predict which way you’ll be facing next. The arms start to rise up, lifting riders up on a 49º plane. The forceful arms twist around and around, pull inward, extend outward, and rise and fall dramatically as the cars continue to spin wildly. As Triple Play hurls you around with intensity, the positive and negative g-forces of the ride may give you the feeling that you’re going to fly up and out of it! The unique spinning patterns and diving action make Triple Play a super-fun, spiraling adventure that will keep your head spinning and your eyes seeing triple for hours. Fun Facts about Triple Play