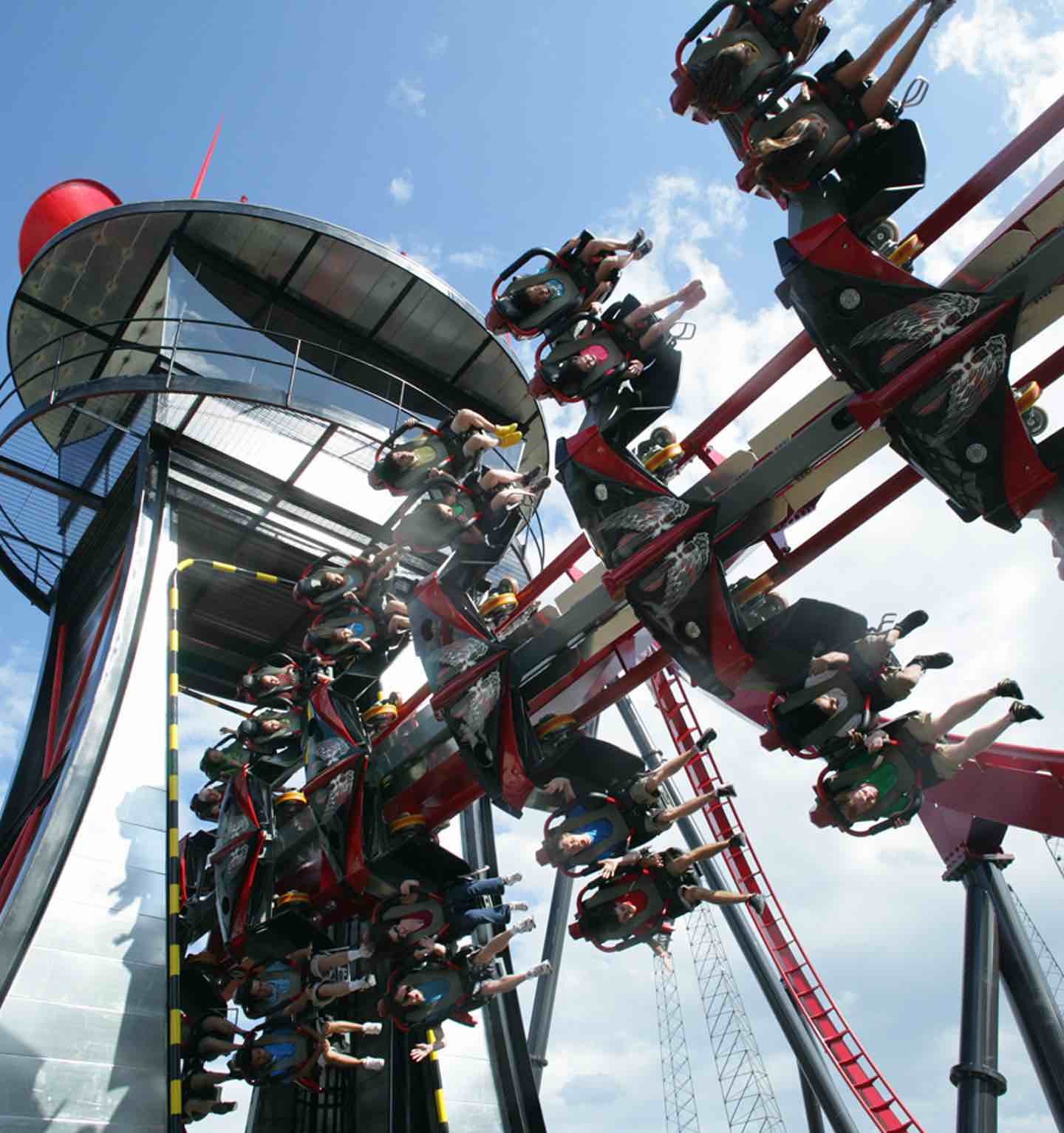 Experience the ultimate sensation of flight as you soar on this one-of-a-kind wing coaster. As the dramatic music blares, you’ll feel your adrenaline pumping more and more, especially when you realize that there is no track above your head or below your dangling feet!

Slice through the sky on 3,000 feet of twisted steel, including extreme drops, insane loops, and intense fly-throughs, unlike anything you’ve ever experienced before. X Flight is one of the first of its kind in the world, featuring state-of-the-art technology to guarantee you’ll have a high-flying good time. Almost immediately after take-off, X Flight launches you up a 120-foot hill and plunges into a heart-pounding, high speed, dive drop. As you descend at 55 miles per hour, the train rotates 180 degrees and swoops into an upside-down position, and while you’re hanging, you’ll fly into a gravity-defying roll through a cloud of fog.

After a sharp left turn, you enter an intense loop followed by another zero-gravity roll and then an incline twist – during which the train careens on a 90-degree angle towards a control tower!  The tower is directly in your path, and just as you are about to slam into the structure, you make a last-second vertical flip and zoom right through a narrow keyhole opening!  This signature extreme fly-through is just one adrenaline-pumping element that makes X Flight so cutting-edge and spectacular.  All in all, you’ll fly along the 3,000-foot-long twisted steel track, complete with intense drops, five inversions, a barrel roll, and a zero-g roll.

Brave pilots on X Flight can be a part of history as one who soared on one of the most revolutionary coasters in the world.