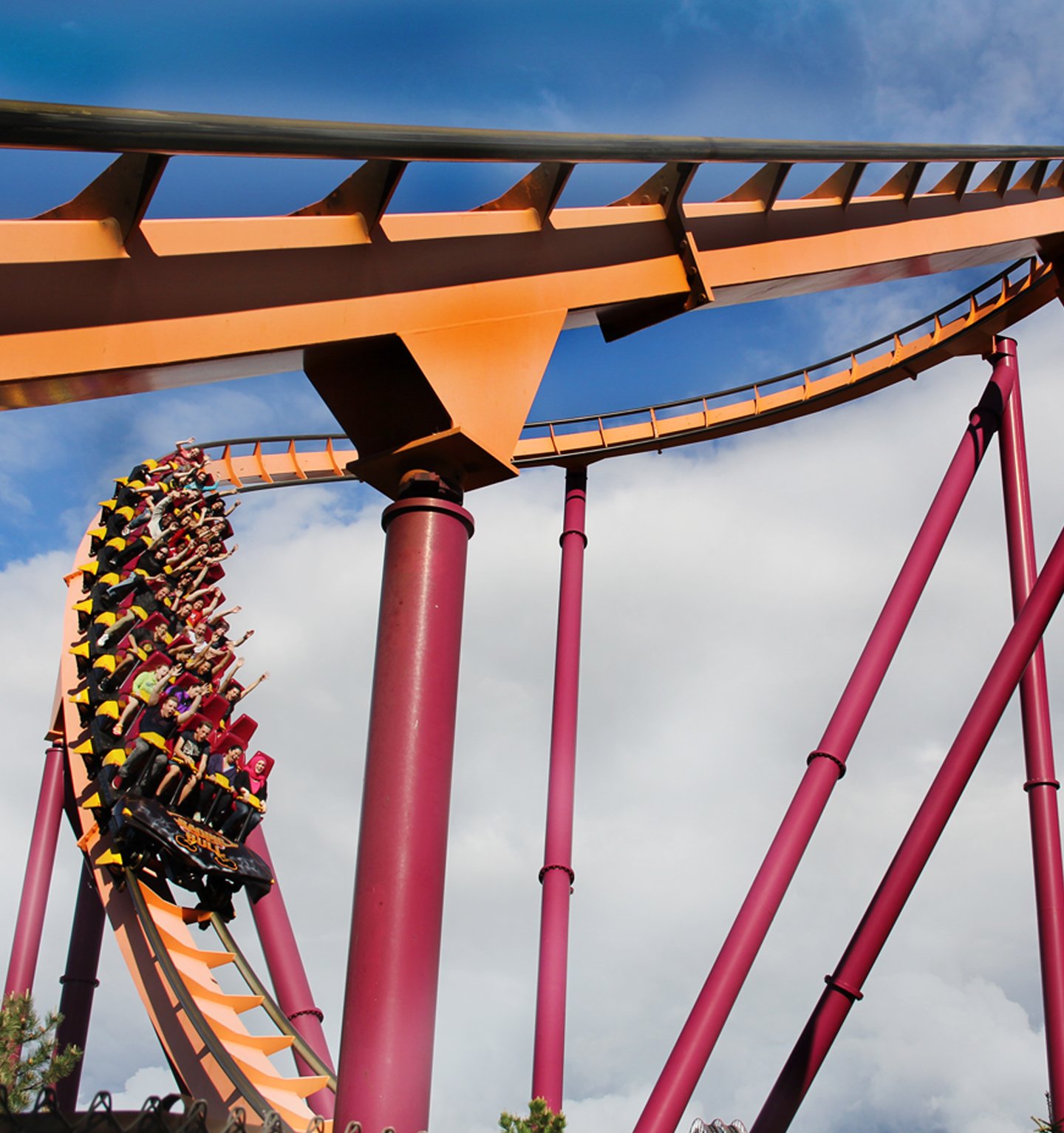 Bull-taming is an ancient art that is still practiced today. Now you are going to experience this tough rodeo skill at Six Flags Great America. This legendary steel beast is the world’s first hyper-twister roller coaster, and at 202 feet tall, 5,057 feet long, and 73 miles per hour, it’s the tallest, longest, and fastest coaster at the park. These tough stats show that this is no peaceful bull — he’s trying to shake you off, and this beast bucks wildly so hang on tight!

Ride him up 20 stories to face the first terrifying drop. As you plunge down the 65-degree slope, you’ll cruise into an underground abyss. You will zoom through the course at a whopping 73 miles per hour, over a series of insane hills designed to give you maximum airtime. In bull-taming terms, that’s when your tail lifts off the saddle. You’ll soar through steep hills, bank hard left and right, and battle an extreme curved helix faster than any bull ever ran.

The winding serpentine action will feel just like a bull trying to shake you off his back, but hang on tight. With bravery and honor, you can say that you tamed the Raging Bull!

This attraction is presented by Milky Way®.