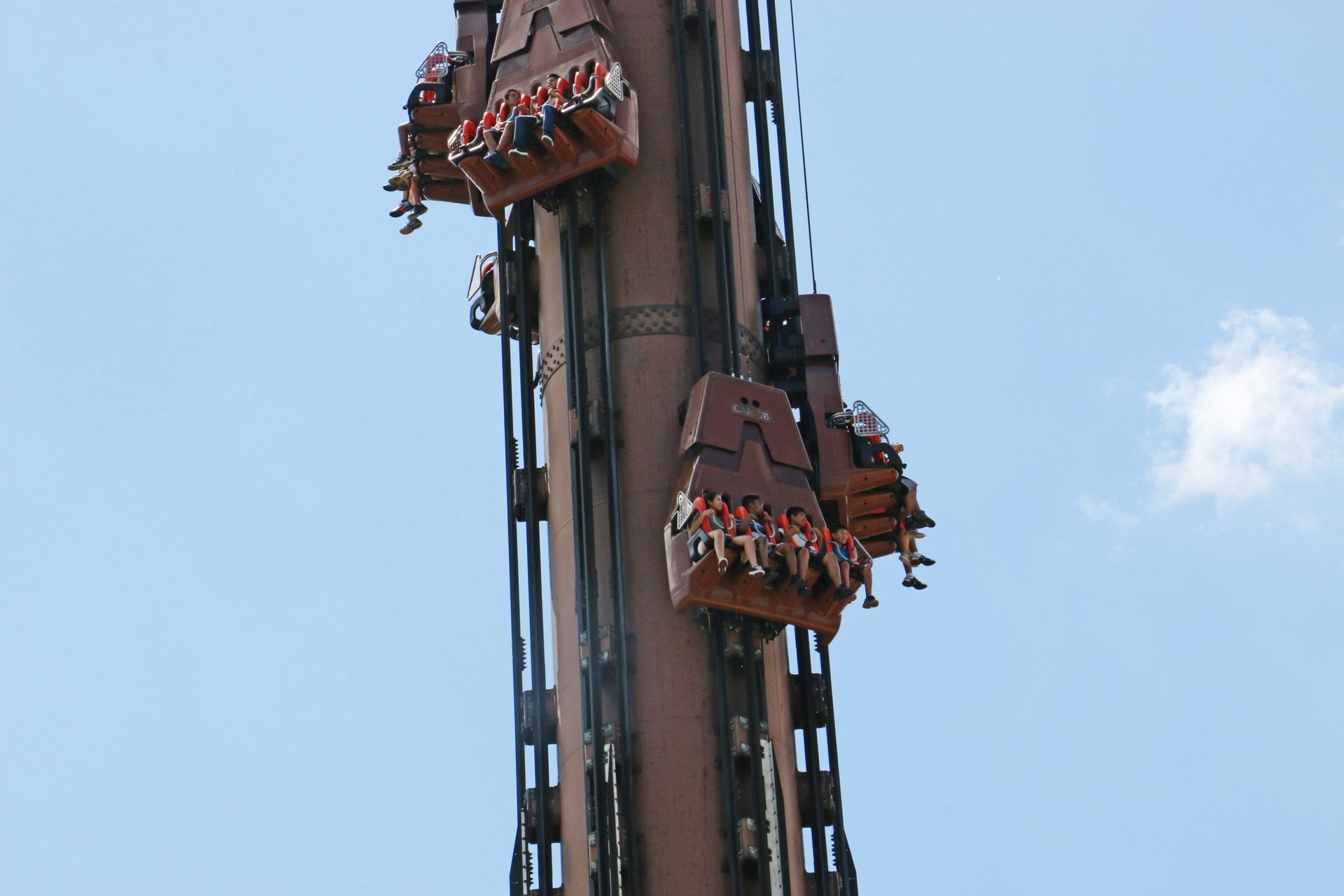 Maximum
48"
Southwest Territory
ADA Guidelines
Strap into your chair and settle in, because the ride to the top of the 227-foot tower will be the longest, most anticipatory seconds of your life. You’ll be hoisted up more than 20 stories in the air as the people below you grow further and further away. When you look down, all you’ll see are your feet dangling in the air and the sheer drop of 227 feet straight beneath you. As you crest the top of the tower, enjoy your free moment of weightlessness and the overview of the park. But don’t get too comfortable, because it’s time to do what a drop tower does best – drop you! You know it’s coming, but there’s no way to prepare for the sudden, without warning, plummet back down to earth. Your seat will release and you’ll plunge straight down to the ground at a staggering 62 adrenaline-charged miles per hour — so fast you’ll barely have time to scream. It’s the ultimate free-fall adventure. Fun Facts about Giant Drop