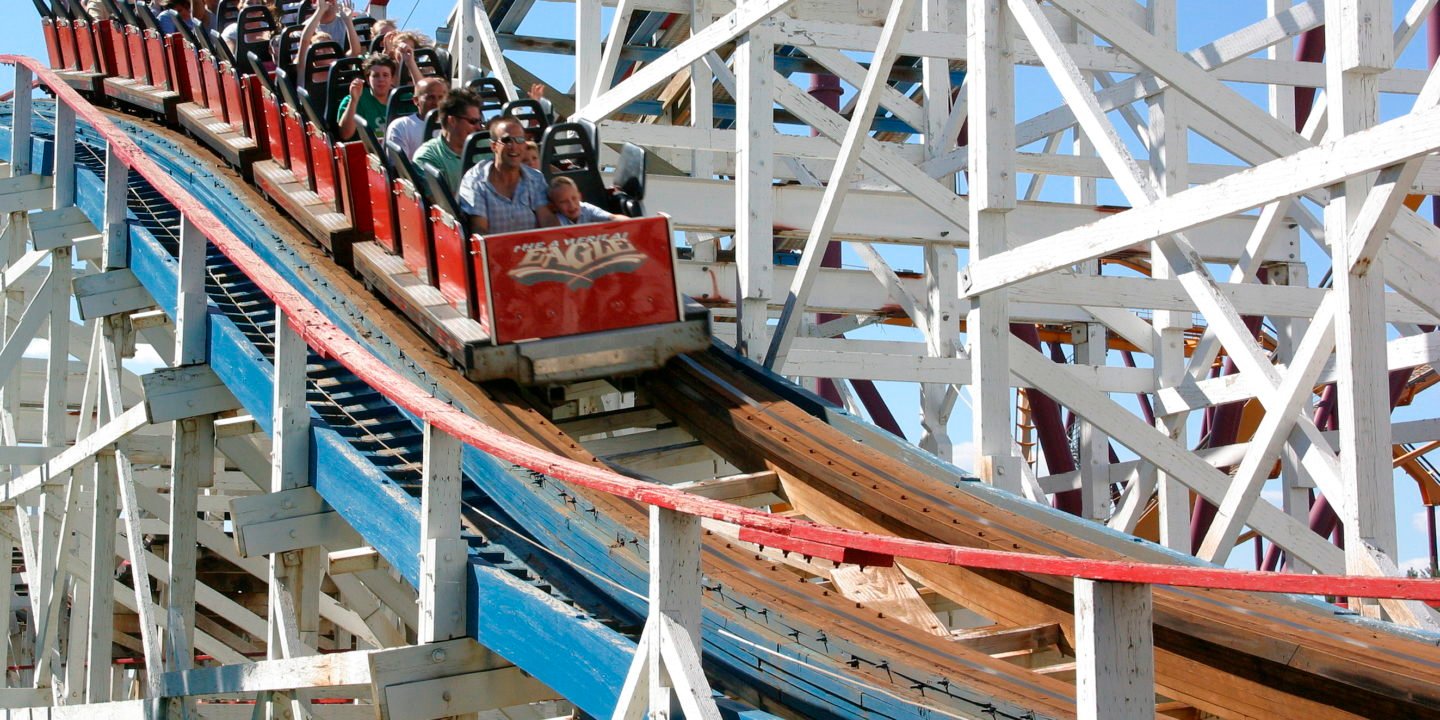 This classic wooden beast is the world’s tallest and fastest racing wooden coaster, and has been an all-time favorite of true coaster fanatics for over 30 years. A double track means two trains can fly through this 4,650-foot-long run at the same time, so climb aboard either Eagle Red or Eagle Blue and prepare for the race of a lifetime. Side by side and simultaneously, the Red and Blue trains begin their ascent up the lift hill. No matter which side you’re on, you’ll first have to climb up 127 feet.

You slowly make your way to edge of the giant incline and then careen full-force down the first drop at speeds over 66 miles per hour. But this ride is just getting started. Brace yourself to fly through a narrow-tracked series of hills and slopes at top speed like it’s nothing. After several rollicking twists, turns, and hills, you enter an enormous 360-degree helix.

Picking up speed, you circle downward as Eagle Red flies off in one direction and Eagle Blue in another. Both trains then rise up into the massive wooden structure before diving down into a final 360-degree helix. The two trains then emerge and rise into the brake-run to determine the winner. Will it be you?