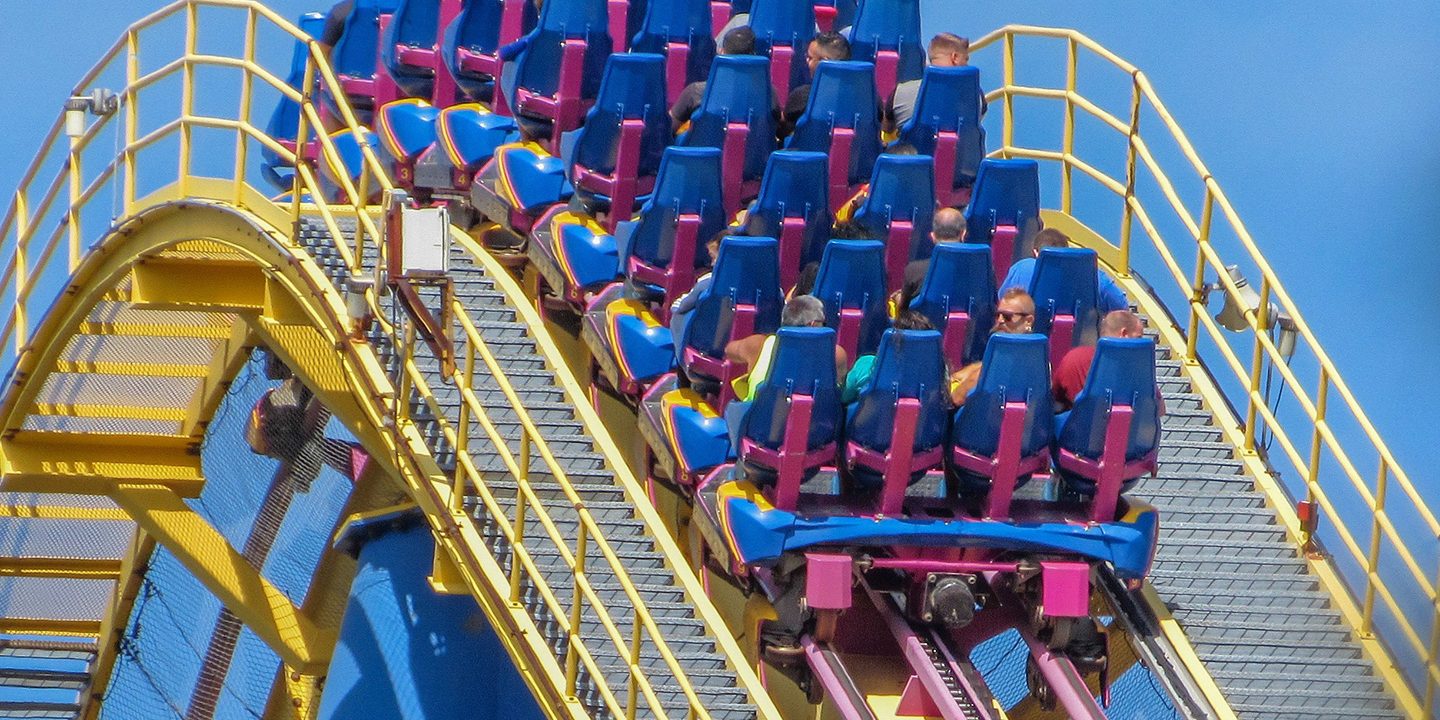 Nitro is a new breed of thrill ride they call a Hypercoaster, which translates into utterly over the top, speed, height, and airtime. Can you feel the hype? The seating situation is minimal—no shoulder restraints, no sides on the cars – you’ll really feel like you’re just flying through space at insane speeds.

You’re going to have little time to gather up your courage, because that first hill is a staggering 233 feet high. As you crest the top, you’re so high up you can literally see Philadelphia! But you won’t get to enjoy the view for long because almost immediately you’ll be thrust down a 215 ft drop.
The look of the track itself is one of the most mind-blowing elements of this ride. It’s so slim and sleek; you’ll feel like you’re cutting through the air on a tiny thread of steel.
You’ll be flying at 80 mph as you zoom into the second hill, up yet another 181 feet high over the treetops, and down so fast you’ll lift right out of your seat in pure weightlessness. But don’t get too used to it, because you’re about to blast into the totally original hammerhead U-turn, a paralyzing swift reversal.
You’ll face an entire mile of that slim, modern, lightning fast track, as it delivers you to a pair of gut-munching horizontal loops, a crazy 540-degree helix spiral, and then a series of camelback hills to finish you off. And that’s definitely something to get hyped about.
Celebrate Nitro’s 15th birthday with our exclusive T-shirt pictured below! It is available at Main Street Market and Justice League Headquarters!
This attraction is presented by Snickers®.