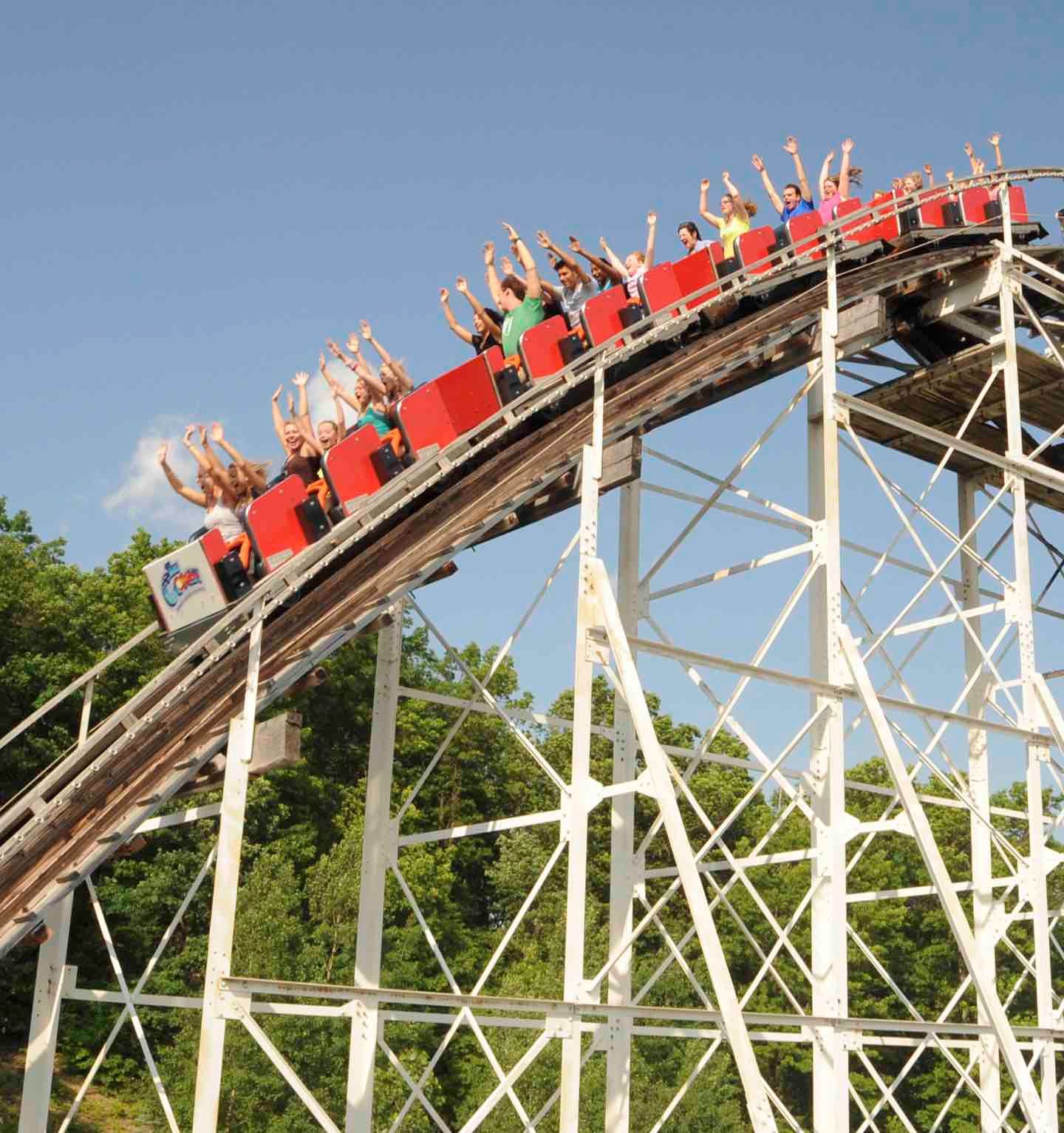 You’ll see it on the map, looming over the whole park, before you even step foot on a ride.

The massive 4,200-foot wooden coaster that forms an immense back wall of the park has an unbelievable history. Part of it was first built in 1927. It was known as Cyclone way back then, and it was famous in its day for being one of the most thrilling rides on earth. It was rebuilt in 1947 and redesigned into a space shooter when it was renamed The Comet. It then delivered another 40+ years of nonstop coaster bliss to generations of riders. The Comet later arrived at The Great Escape to begin the modern phase of its life.

Widely regarded as one of the hands-down best wooden roller coasters in the world, The Comet will blow you away with its perfect layout of high-airtime drops of up to 85 feet. All that practice has resulted in a finely calibrated ride that will knock your socks off in the way only a classic wooden ride can. Out and back over hill after glorious hill, you will feel the history in the bones of this beautiful piece of architecture, and you will become a part of that history, just by riding it.

This attraction is presented by Snickers®.