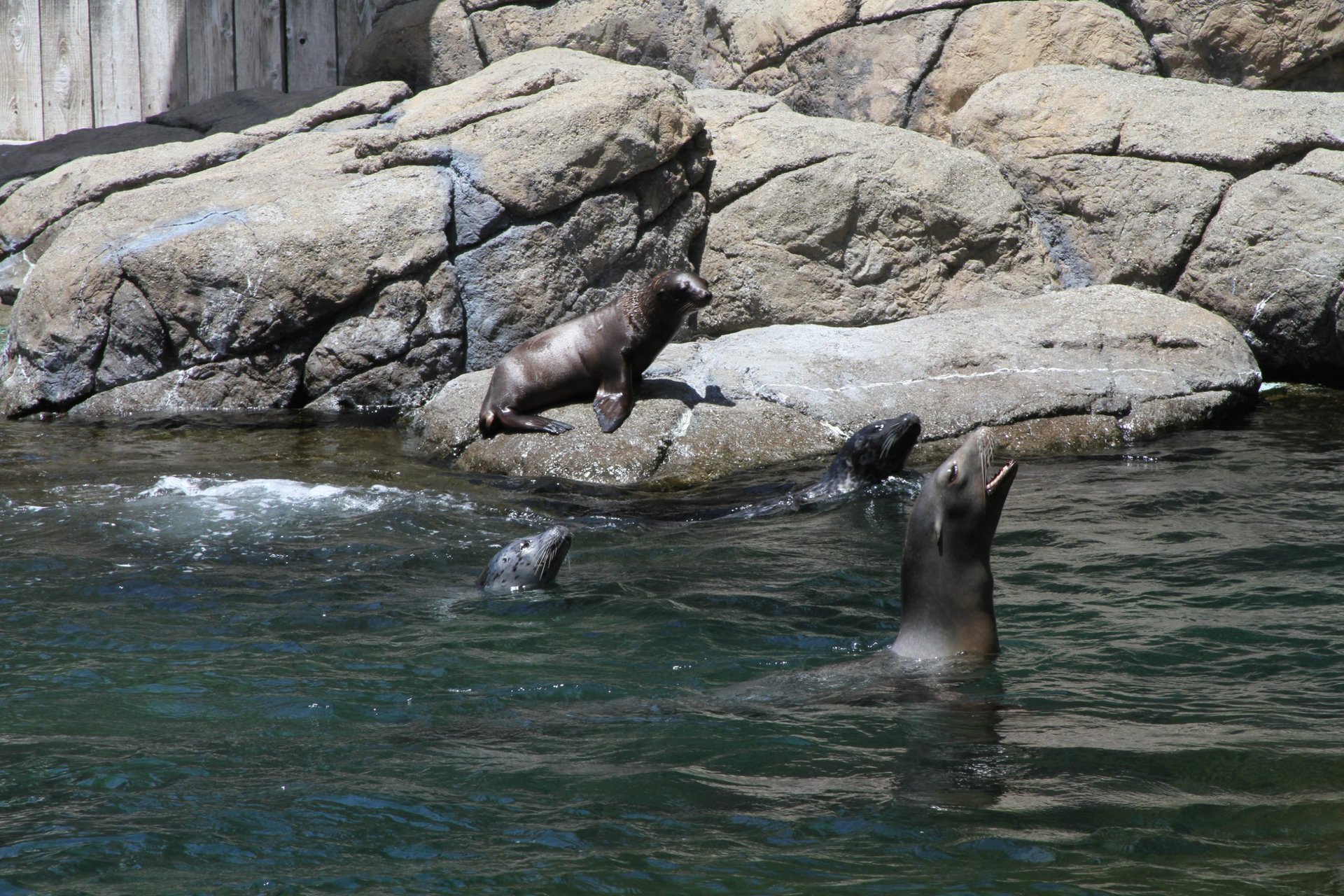 What is notable about our sea lions is they are primarily rescued animals that were deemed non-releasable even after being rehabilitated at the Marine Mammal Center. They have thrived here at the park and are great ambassadors of their species, alongside our harbor seals.

Do you know the differences between seals and sea lions?

Here at the park, our California sea lions share an exhibit with Pacific harbor seals and if you didn’t know how different seals and sea lions were before, you can see the stark differences immediately when they’re side by side.

Unlike seals, sea lions have prominent external ear flaps and long fore flippers – with a bone structure similar to a human arm and hand, and they can move on land as well as water – their hind flippers rotate forward, allowing them to walk on “all fours.” They also use their large fore flippers to propel themselves when swimming. Sea lions communicate through vocalization, including barking, growling and grunting, and specific vocalizations between mother and pup.

Seals, on the other hand, lack an external ear flap, but have an opening to the ear canal that provides them with a keen sense of hearing. Seals have short fore flippers and have hind flippers that extend directly behind the plump body. When on land, harbor seals move like inchworms, but they swim gracefully underwater.

Conservation Status: A SPECIES OF LEAST CONCERN California sea lions are categorized as a species of least concern with a relatively healthy population throughout their range along the Pacific coast of North America, from British Columbia to the southern tip of Baja, California.  They are protected under the U.S. Marine Mammal Protection Act, and it is illegal to hunt or harass any marine mammal in U.S. waters.

Pacific harbor seals are a SPECIES OF LEAST CONCERN. About 21% of harbor seal pups do not survive their first year and can be attributed to several factors, including illness, predation, maternal abandonment and injuries. This species is also affected by human encroachment and human pressures such as pollution.

How You Can Help While the California sea lion is not threatened or endangered, they are threatened by humans, becoming entangled in fishing nets and ocean trash, gunshots and boat strikes as well as environmental factors, such as toxic waters. Pacific harbor seals are on occasion accidentally caught in fishing nets and die by drowning.