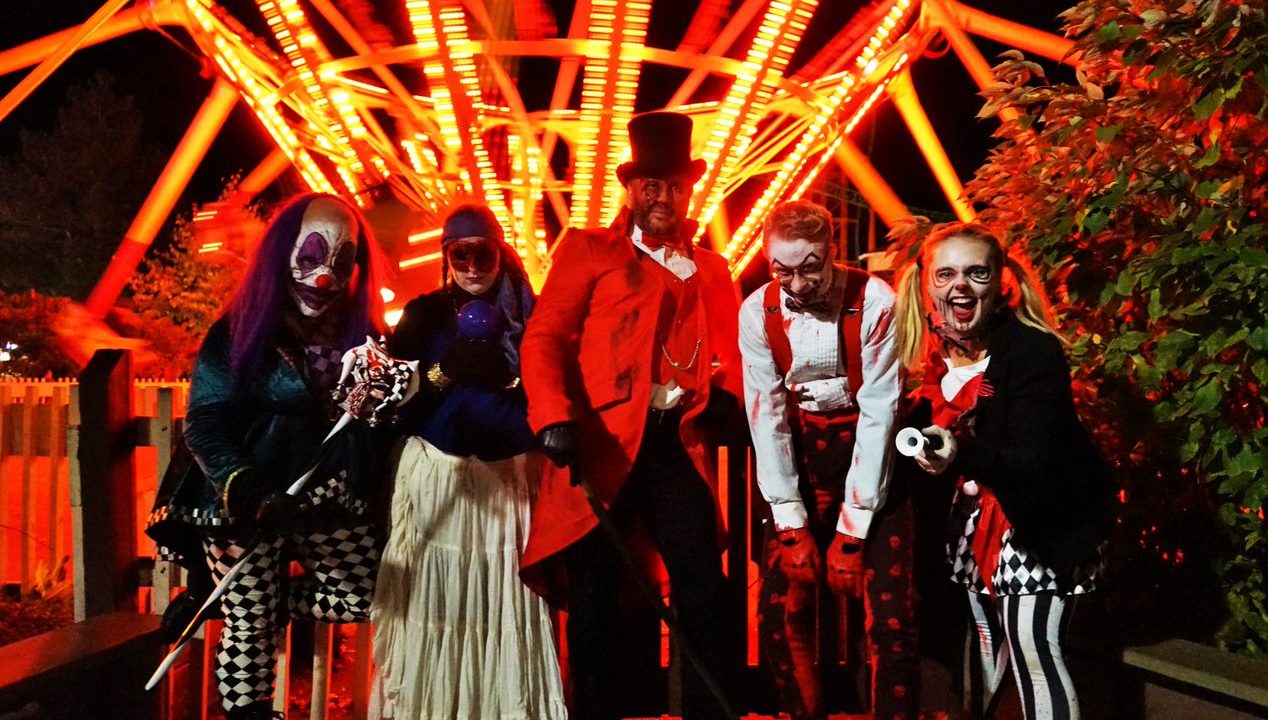 Six Flags Darien Lake, The Thrill Capital of New York, will unleash the biggest, most spine-chilling Fright Fest® yet this fall. This signature event brings Thrills by Day with Trick-or-Treat trails and family-friendly activities, and Fright by Night, featuring four eerie mazes and four blood-curdling scare zones, along with ominous, roaming zombies straight out of a nightmare.

“We are thrilled to bring Fright Fest back to our guests with an incredible lineup of frightening attractions and eerie entertainment,” said Park President Mark Kane. “There is no better or scarier place to celebrate Halloween than Six Flags Darien Lake,” added Kane.

Four additional scare zones around the park leave guests nowhere to hide and screaming to get out unscathed.

In addition, Big Top Freaks is headlining the entertainment with a nightly show that is NOT for the faint of heart. Big Top Freaks showcases three entertainers who specialize in dangerous, scarring, grotesque, and hard-to-watch feats of physical endurance.

Fright Fest is so scary it is NOT recommended for children 12 and under after 6 p.m.
Operating Hours and Days:

About Darien Lake
Six Flags Darien Lake’s wide variety of entertainment and top-notch thrill rides has made it the Thrill Capital of New York since 1964. Located 45 minutes from Niagara Falls between Buffalo and Rochester, N.Y., today the park boasts more than 50 rides, including seven world-class roller coasters, dozens of family rides, the region’s largest waterpark and a 20,000-seat amphitheater operated by Live Nation. The Park welcomes overnight guests in a wide range of accommodations—from a full-service hotel and modern cabins to rental RVs, and RV and tent campsites.