The words terra and ursus are Latin for “land” and “bear” respectively, so when combined Terra Ursus means Land of Bears. 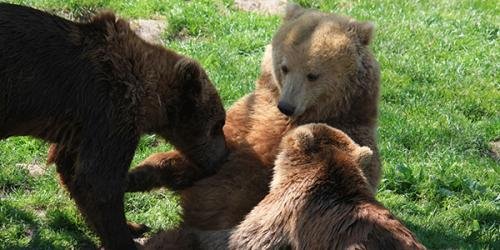 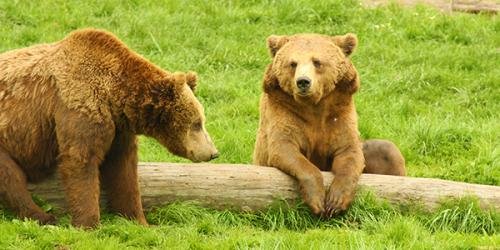 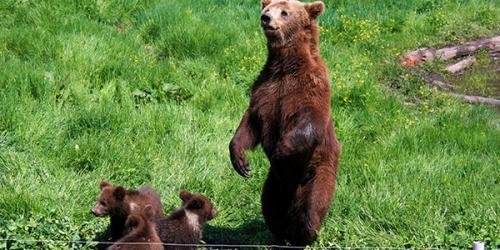 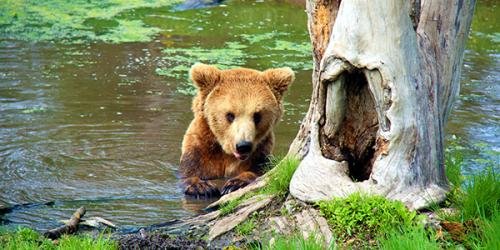 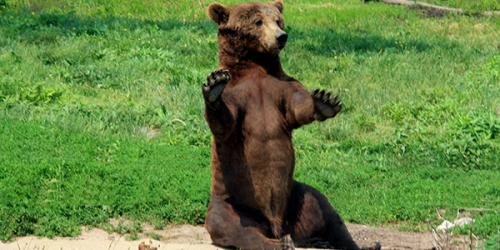 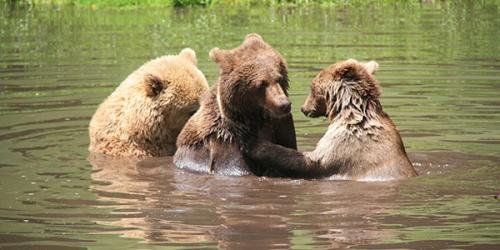 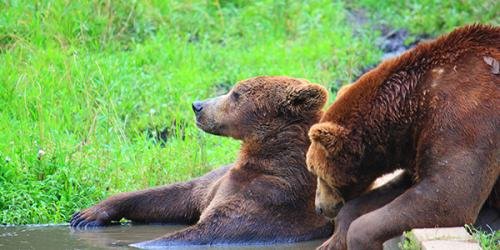 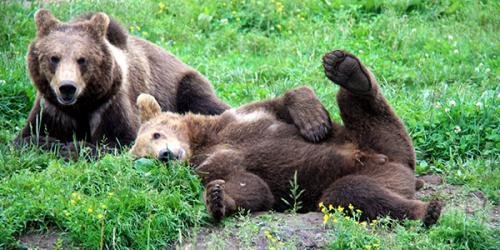 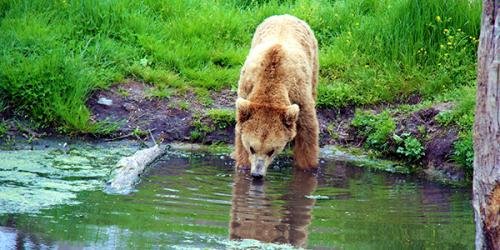 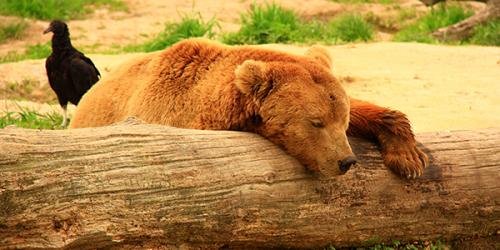 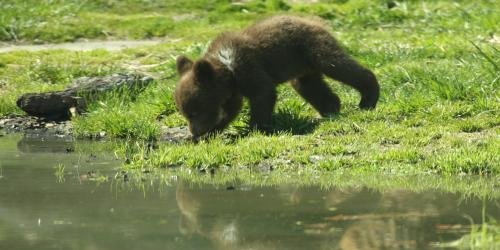 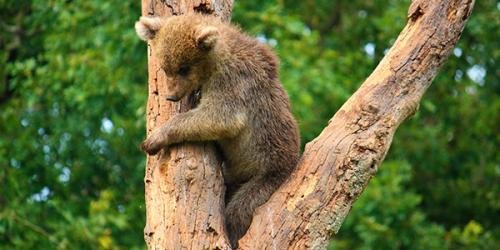 The European brown bear is a subspecies of brown bear native to much of northern Europe and Asia, with smaller fragmented populations elsewhere throughout Eurasia including Romania, Greece, Turkey, and India. Due to their wide global distribution, brown bears are not considered endangered, though the fragmentation of Eurasian populations is concerning to scientists. Grizzlies and European brown bears don’t breed with one another because their habitats do not overlap, making them separate subspecies. European brown bears, on average, are smaller than grizzlies by about 100lb, weighing 550-650lb. Compared to black bears, brown bears are less stocky, with longer muzzles and larger shoulder humps. Brown bears are one of the most omnivorous animals, eating the widest variety of foods of any bears species. Their diet consists of less vegetative matter than black bears, and they tend to be more predatory. Due to having straighter, blunter claws than black bears, brown bears typically do not climb trees, though protective mothers may chase their cubs up trees in times of danger.