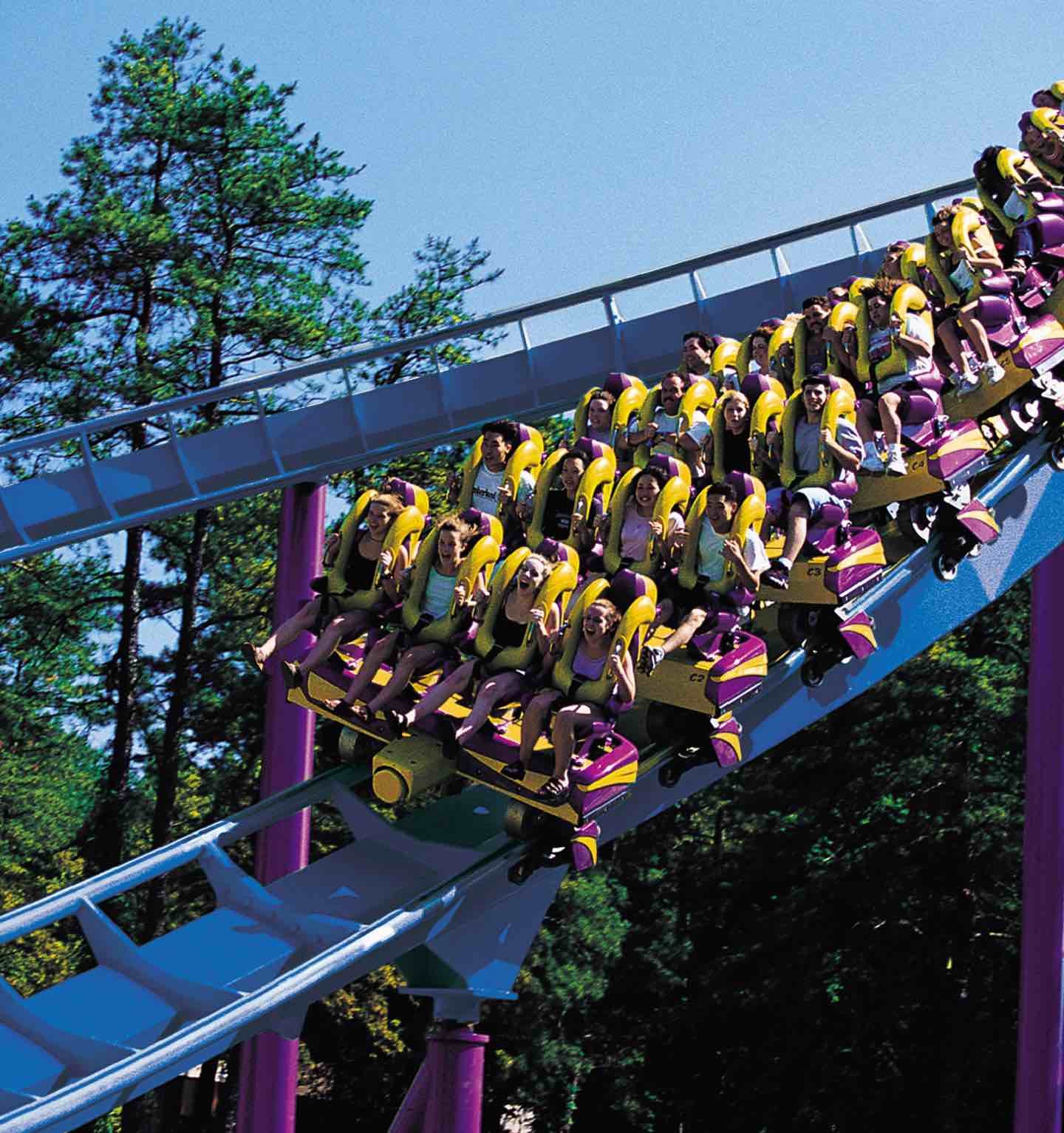 What if a super hero had all the power of SUPERMAN, but decided to use it for evil? Welcome to the twisted world of BIZARRO, SUPERMAN’s dark evil twin. With seven relentless inversions—the most you’ll find in the entire park—let’s see if you can face up to this dangerous and demented foe.

3,985 feet is a lot of track, and plenty of time for you to get to know BIZARRO and the backward “S” stamped on his chest. You’ll see every inch of that track because you’ll be taking this one floorless, with your feet just dangling in the air.

BIZARRO hasn’t got the charm part of being a super hero down yet, he just bluntly cuts right to the action. Let’s kick things off with a 132-foot drop. Then BIZARRO will shoot you through a terrifying tunnel of white mist, in the shape of his stolen SUPERMAN shield.

Listen closely to the killer sound design pumping into your ear, then brace yourself because you’re in for one of the tallest vertical loops in the world—a whopping 114 feet. At least BIZARRO is ambitious. This is followed immediately by a dreaded dive loop and a zero G roll. Watch out for the explosions of fire going off right in your face! At 60 miles per hour and taking as much as 4 Gs, you’re probably starting to figure out what it feels like to have super hero strength, both with and without gravity.

Now it’s time to fly into a cobra roll, a double-inversion that forms the shape of a snake head, spitting you back out even faster in the same direction you started. But tell that villain you’ve got some moves of your own by now, darting towards the insane finish with a hellacious helix, a couple of interlocking corkscrews, and a sick hammerhead turn, as fast as a speeding … well, you get the idea.