Safari is the Swahili word for travel or journey, and our Americas section kicks off your incredible off-road journey! Filled with animals from both North and South America, you will see everything from our majestic Roosevelt elk with their impressive antlers, to small and spotted fallow deer. Many of these amazing species, such as the bison, can be found right here in the United States. 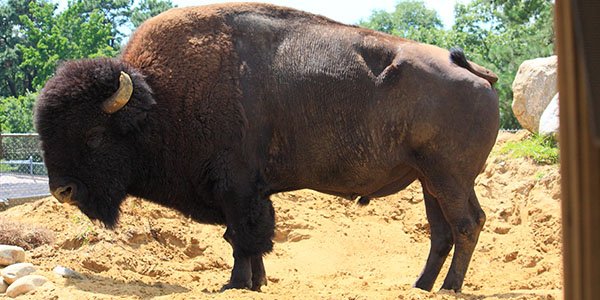 Bison are the largest American land mammal, and can weigh up to 2200 pounds. Despite their large size, they can still reach speeds of up to 35 miles per hour. Bison were once hunted to the brink of extinction during westward expansion in the 1800s, where their numbers plummeted from the millions to just a few hundred remaining. Conservation efforts brought their numbers up exponentially, and bison can still be found today in many western states. 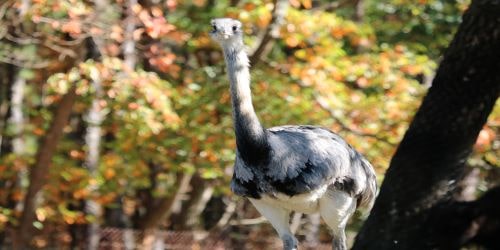 Rhea are a flightless bird from South America, weighing between 40 to 50 pounds. Male birds will incubate eggs for about 40 days, and then rear the offspring. The males tend to have more black feathers around their necks than females do. 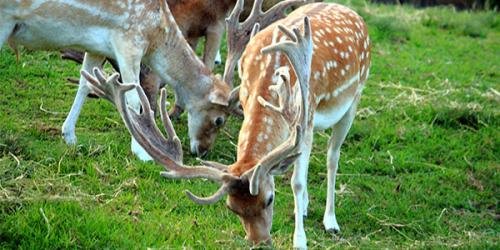 While similar in size to white-tailed deer, this species differs in that they retain their famous spotted coats throughout their lives. Males will grow antlers, which shed once a year and then regrow the following year. 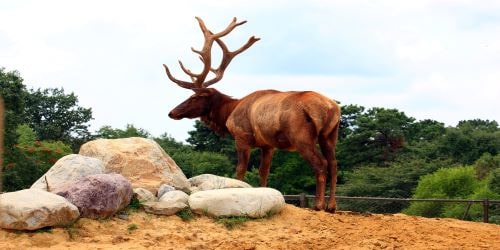 Male elk are identifiable by their antlers, which can average up to four feet long. For most of the year, female elk live in groups of 20 to 30 individuals with their young, while males live on their own or in small groups. This species can reach about 1000 pounds and are native to the forests and mountains of the Pacific Northwest. Male elk also shed their antlers yearly, and a velvety material that covers the antler helps to supply blood flow to growing antlers. 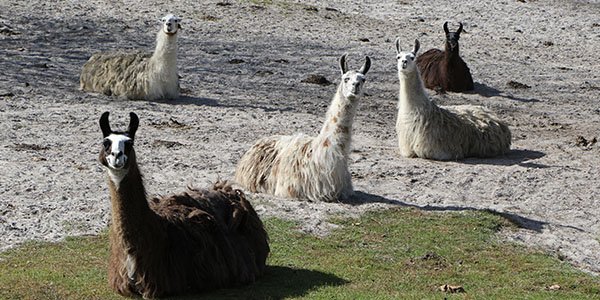 Llamas are a direct relative of camels, and are excellent climbers due to the soft pads on their feet. Llamas can be very temperamental, and when threatened or frustrated will spit at anything in their vicinity.