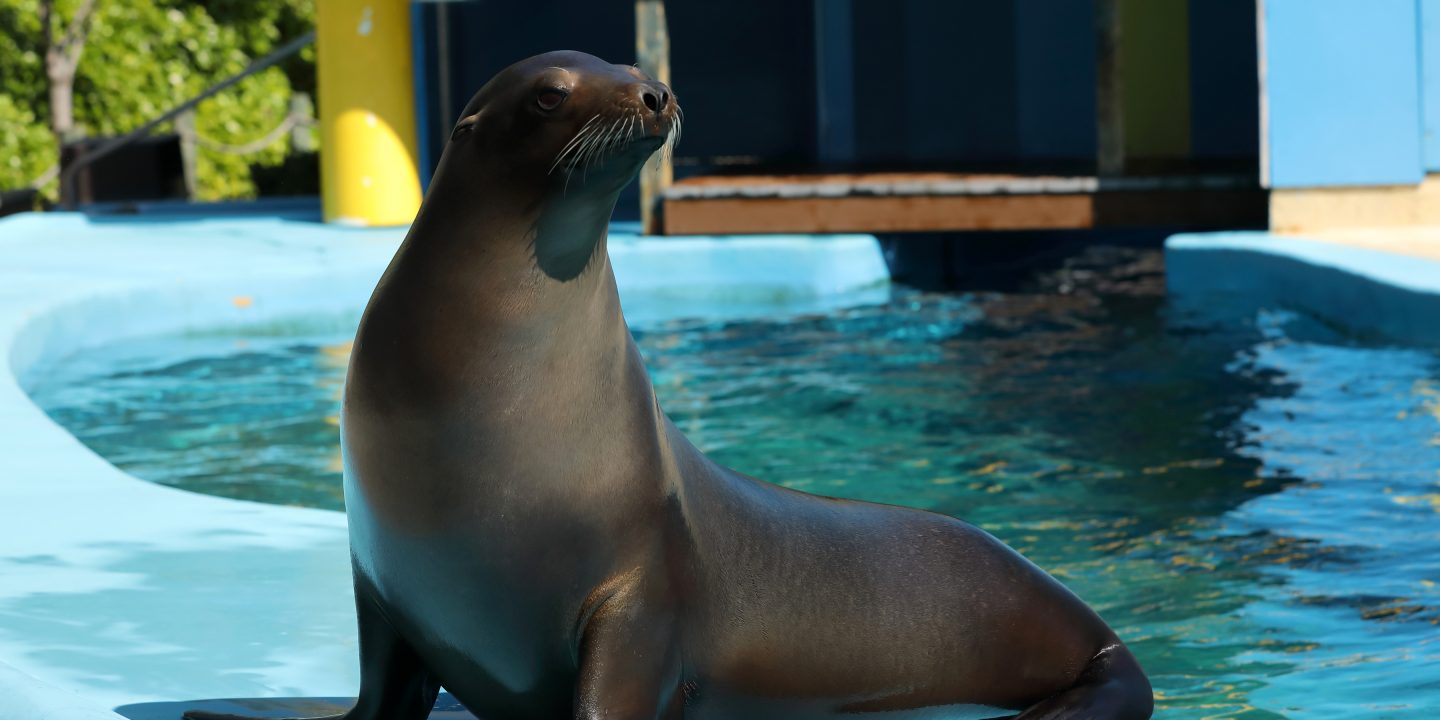 The best thrill of your day may just be this extraordinary opportunity to get to know more about marine mammals in the Seals, Sea Lions and Otters presentation at Sea Lion Stadium. Meet some of our resident California sea lions, Pacific harbor seals and Asian small-clawed otters as our team of animal care specialists introduce you to them during this engaging presentation. Watch with awe as they are taken through a series of learned and instinctual behaviors while learning some fun facts at the same time.

Collectively, they are known as pinnipeds; but can you tell the difference between a sea lion and a seal? Unlike seals, sea lions have ear flaps over their ears and long flippers – with a bone structure similar to a human arm and hand, and they can move on land as well as water. They communicate through vocalization, including barking, growling and grunting, with specific vocalizations between mother and pup. Collectively, seals and sea lions are known as pinnipeds.

By connecting with our amazing animals, we hope you will take away how our actions as humans impact the wildlife around us. The majority of our resident pinnipeds are rescued and rehabilitated (in addition to being born at the park or another zoological facility), and they serve as important ambassadors of their species. Please check the daily entertainment guide or mobile app for times. Sea Lion Stadium is located in the Ocean Discovery area of the park.

Conservation Status: A SPECIES OF LEAST CONCERN California sea lions are categorized as a species of least concern on the IUCN Red List with a relatively healthy population throughout their range along the Pacific coast of North America, from British Columbia to the southern tip of Baja, California.  They are protected under the U.S. Marine Mammal Protection Act, and it is illegal to hunt or harass any marine mammal in U.S. waters.

How You Can Help. While the California sea lion is not threatened or endangered, they are threatened by humans, becoming entangled in fishing nets and ocean trash, gunshots and boat strikes as well as environmental factors, such as toxic waters.